We need to keep going!!

help us to keep going!

Hello everyone. I'm sorry things have been a bit quiet on the campaign front. I am chronically ill and am having an extra poorly patch.
I'm still doing what I can and really need as many of you as possible to keep the Home Fires burning for me, whilst i'm unable to do as much as I previously have.

I'm very happy to see so many new members of our two Facebook groups and  I welcome you all to the campaign.

The campaign is still trundling along slowly but to stop it coming to a halt we really need as many of you as possible to get involved and help us to get the word out there and get the petition going again.

Sadly, we only had 4 people sign it yesterday (21st July 2016) and our daily average is around 20-30 people, so we'd love to see that increase again.
We know the show was watched by a 6 million consolidated audience, so there are millions of people who will still be unaware that the show has been axed.
The only way we will ever convince a channel to recommission the show is to have a popular, active and noisy campaign.

Many of you will wonder how you can help, so here is a list of things you can do:

*Print out some posters and put them up locally in your area. Put them up in cafes, antique shops, village halls, newsagent windows, in your car window and even at car boot sales.
Download the poster/flyers here:

We have a competition prize to win, for anyone who displays a poster. Just send us a pic on our Facebook Groups or on Twitter of your poster displayed and we'll add your name to the draw. 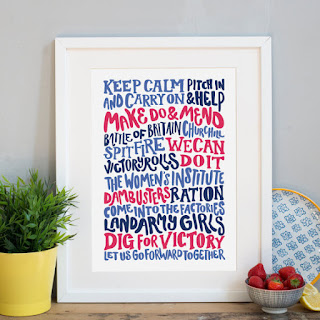 See more details on the link above.

*Going to an event? Having a car boot sale? Then can you print off some petition sheets and collect offline signatures? Some people don't have an email address so we collect signatures from people who can't sign online.

Petition download
The petition sheets can be found at the above link.

This is a huge opportunity for us fans to really make a noise but sadly we still don't have as many people joining in as we need to trend.
The only way to trend is if we have a wide variety of people tweeting at the same time. We use a different hashtag each week, to try to increase the chance of trending.
We'll release this week's hashtag as soon as we can.

If you aren't on Twitter, would you please consider signing up to help us? It's so easy to use and we have newbies telling us how much they enjoyed it and what a great community spirit feeling it gives them.

The most important thing is to use the hashtag given, ONLY AT THE TWITTERSTORM and ON EVERY TWEET AND RETWEET YOU MAKE! Share pictures when you can, as a visual always helps to get attention.
Use #savehomefires at any other time you tweet and just put the same hashtag into the search engine to see everyone's tweets.

I hope we can kick start this campaign going again and have as many of you as possible supporting us.
Thank you to you all for all help you've given us so far! xxxx

I want to start by saying a huge

to all who have donated towards our campaign costs. We are so so touched and grateful for such brilliant support! It really is a lovely community we are building here xxxx

As explained before we are working on a few things that may need a little extra donated, but we are keeping costs to a minimum.

I also want to say a big thank you to all who are sharing news of the campaign and the petition! We had another successful day on the petition yesterday with 101 new signatures, so it's heartwarming to see that we are getting new supporters on a daily basis.
We really are showing these tv companies that they must not under estimate their viewers! 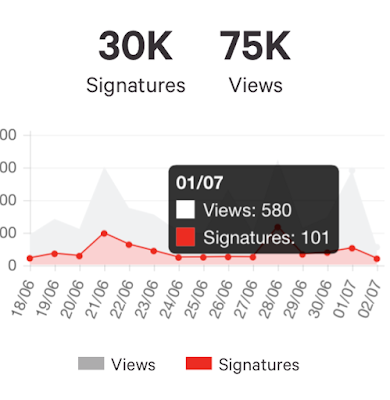 Ok, now on to the role call.

Please can you let me know (either on the comments below, on my twitter (@monkeykezza) or on the save home fires official campaign Facebook group) who has put up our posters and how many.
I also need to know who has sent a letter to the drama channel (Letterstorm 2) (when you have sent them), so we can keep a tally of how many people are joining in, as if we don't get enough, then it won't be something we can continue with, as 10 letters won't have the same impact as 100 letters would.

Please, if you can, do try to join in with the Letterstorms and Twitterstorms. There really is power in numbers and for this campaign to succeed we need as many of you as possible helping us!
If we could get even 100 of you from the 30,000 people who have signed the petition, on Twitter on a Sunday night, then we'd get #savehomefires trending much higher, which then means more people see it when they click on the hashtag to see what it's all about!
So if you haven't yet joined in with the Twitterstorm, will you consider coming and helping us on Sunday? Pretty please with cherries on top?? ;-) If you have any questions about how it all works, just give us a shout on the official Facebook group and we'll be more than happy to help you. 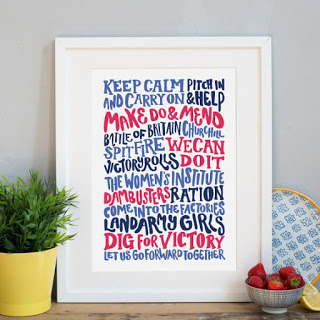 Don't forget that we have this limited edition 1940's style print up for grabs! This was designed with this campaign in mind by jkhoughtondesign on Etsy.
We've extended the deadline so that more of you can get some posters up in your local areas.
To win, all you need to do is put up a poster/posters in local shops, cafes, antique shops, churches, village halls, local age concern centres, your car windows or even car boot sales!
You'll then have your name entered and we'll pick a winner from all who have joined in.
Posters and flyers can be downloaded here:

Again, this coming Sunday evening, us Homies will be meeting up on Twitter, between 9-10pm (to coincide with the time Home Fires was broadcast) to tweet as many tweets as possible about why we love the show, why we want it saved and sharing the petition and website link. We share many photos and sometimes have a few cast members joining us.

Each week, we now use a different hastag (as this increases the chance of us trending) and we ask that you use the given hashtag ONLY AT THE TWITTERSTORM and in every tweet you make. 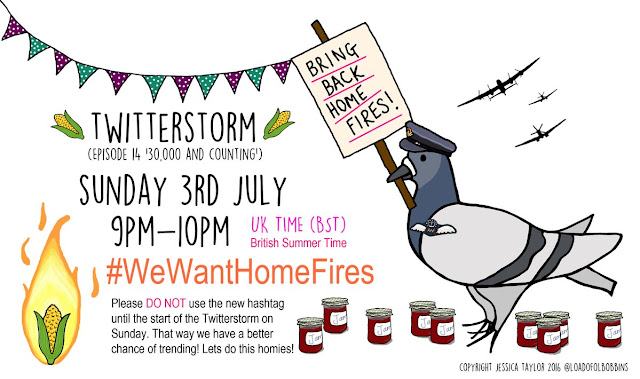 I'm going to leave you all with a piece from Jambusters, on which Home Fires was based on, by Julie Summers.

The WI played a big part in getting the government to agree to free milk for children: 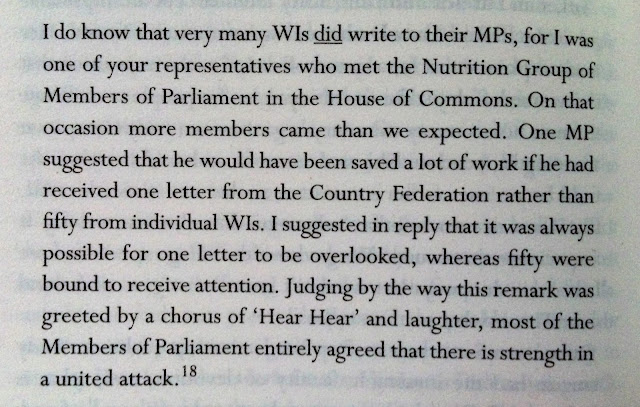 Lady Denman made a good point here! "It was always possible for one letter to be overlooked, whereas fifty were bound to receive attention".

This so apt for our campaign and I know if Lady Denman was around now, she'd be a part of this and she'd be urging as many of you as possible to send letters for our Letterstorms. Power in numbers!!